The Comoros, officially the Union of the Comoros.

At 1,660 km2 (640 sq mi), excluding the contested island of Mayotte, the Comoros is the third-smallest African nation by area. The population, excluding Mayotte, is estimated at 798,000. As a nation formed at a crossroads of different civilizations, the archipelago is noted for its diverse culture and history. The archipelago was first inhabited by Bantu speakers who came from East Africa, supplemented by Arab and Austronesian immigration.

It became part of the French colonial empire in the 19th century before becoming independent in 1975.

The Union of the Comoros has three official languages – Comorian, Arabic and French. The religion of the majority of the population is Islam.

The country consists of three major islands and numerous smaller islands, all in the volcanic Comoros archipelago. The major islands are commonly known by their French names: northwestern-most Grande Comore (Ngazidja); Mohéli (Mwali); and Anjouan (Nzwani). In addition, the country has a claim on a fourth major island, southeastern-most Mayotte (Maore), though Mayotte voted against independence from France in 1974, has never been administered by an independent Comoros government, and continues to be administered by France (currently as an overseas department). France has vetoed United Nations Security Council resolutions that would affirm Comorian sovereignty over the island. In addition, Mayotte became an overseas department and a region of France in 2011 following a referendum passed overwhelmingly.

The Comoros is the only state to be a member of the African Union, Francophonie, Organisation of Islamic Cooperation, Arab League (of which it is the southernmost state, being the only member of the Arab League which is entirely within the Southern Hemisphere) and the Indian Ocean Commission. 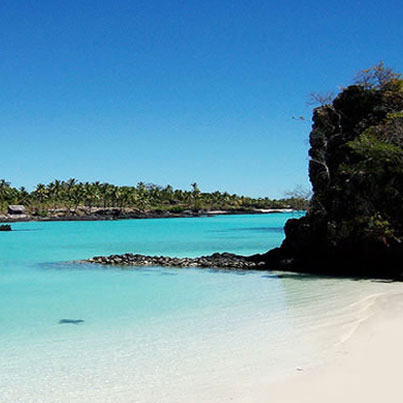 The Comoros is formed by Ngazidja (Grande Comore), Mwali (Mohéli) and Nzwani (Anjouan), three major islands in the Comoros Archipelago, as well as many minor islets. The islands are officially known by their Comorian language names, though international sources still use their French names (given in parentheses above). The capital and largest city, Moroni, is located on Ngazidja. The archipelago is situated in the Indian Ocean, in the Mozambique Channel, between the African coast (nearest to Mozambique and Tanzania) and Madagascar, with no land borders.

Ngazidja is the largest of the Comoros Archipelago, approximately equal in area to the other islands combined. It is also the most recent island, and therefore has rocky soil. The island’s two volcanoes, Karthala (active) and La Grille (dormant), and the lack of good harbors are distinctive characteristics of its terrain. Mwali, with its capital at Fomboni, is the smallest of the four major islands. Nzwani, whose capital is Mutsamudu, has a distinctive triangular shape caused by three mountain chains – Sima, Nioumakélé and Jimilimé – emanating from a central peak, Mount N’Tingui (1,575 m or 5,167 ft).

The islands of the Comoros Archipelago were formed by volcanic activity. Mount Karthala, an active shield volcano located on Ngazidja, is the country’s highest point, at 2,361 m or 7,748 ft (2,362 m) It contains the Comoros’ largest patch of disappearing rainforest. Karthala is currently one of the most active volcanoes in the world, with a minor eruption in May 2006, and prior eruptions as recently as April 2005 and 1991. In the 2005 eruption, which lasted from 17 to 19 April, 40,000 citizens were evacuated, and the crater lake in the volcano’s 3 by 4 km (1.9 by 2.5 mi) caldera was destroyed.

The Comoros also lays claim to the Îles Éparses or Îles éparses de l’océan indien (Scattered Islands in the Indian Ocean) – Glorioso Islands, comprising Grande Glorieuse, Île du Lys, Wreck Rock, South Rock, Verte Rocks (three islets) and three unnamed islets – one of France’s overseas districts. The Glorioso Islands were administered by the colonial Comoros before 1975, and are therefore sometimes considered part of the Comoros Archipelago. Banc du Geyser, a former island in the Comoros Archipelago, now submerged, is geographically located in the Îles Éparses, but was annexed by Madagascar in 1976 as an unclaimed territory. The Comoros and France each still view the Banc du Geyser as part of the Glorioso Islands and, thus, part of its particular exclusive economic zone.

Moroni is the capital of the Comoros, with Harbor Bay and Central Mosque.
Politics of the Comoros takes place in a framework of a federal presidential republic, whereby the President of the Comoros is both head of state and head of government, and of a multi-party system. The Constitution of the Union of the Comoros was ratified by referendum on 23 December 2001, and the islands’ constitutions and executives were elected in the following months. It had previously been considered a military dictatorship, and the transfer of power from Azali Assoumani to Ahmed Abdallah Mohamed Sambi in May 2006 was the first peaceful transfer in Comorian history.

Executive power is exercised by the government. Federal legislative power is vested in both the government and parliament. The preamble of the constitution guarantees an Islamic inspiration in governance, a commitment to human rights, and several specific enumerated rights, democracy, “a common destiny” for all Comorians. Each of the islands (according to Title II of the Constitution) has a great amount of autonomy in the Union, including having their own constitutions (or Fundamental Law), president, and Parliament. The presidency and Assembly of the Union are distinct from each of the Islands’ governments. The presidency of the Union rotates between the islands.

The Comorian legal system rests on Islamic law, an inherited French (Napoleonic Code) legal code, and customary law (mila na ntsi). Village elders, kadis or civilian courts settle most disputes. The judiciary is independent of the legislative and the executive. The Supreme Court acts as a Constitutional Council in resolving constitutional questions and supervising presidential elections. As High Court of Justice, the Supreme Court also arbitrates in cases where the government is accused of malpractice. The Supreme Court consists of two members selected by the president, two elected by the Federal Assembly, and one by the council of each island.

Around 80 percent of the central government’s annual budget is spent on the country’s complex electoral system which provides for a semi-autonomous government and president for each of the three islands and a rotating presidency for the overarching Union government.

As of 2008, the Comoros and Mauritania are considered by US-based organization Freedom House as the only real electoral democracies of the Arab world.

Also in 2008, the Comoros were ranked 14th out of 48 sub-Saharan African countries in the Ibrahim Index of African Governance. The Ibrahim Index is a comprehensive measure of African governance, based on a number of different variables which reflect the success with which governments deliver essential political goods to its citizens.

The most common language in the Comoros is Comorian, or Shikomori. It is a language related to Swahili, with four different variants (Shingazidja, Shimwali, Shinzwani and Shimaore) being spoken on each of the four islands. Arabic and Latin scripts are both used, Arabic being the more widely used, and an official orthography has recently been developed for the Latin script.

French and Arabic are also official languages, along with Comorian. Arabic is widely known as a second language, being the language of Quranic teaching. French is the administrative language and the language of all non-Quranic formal education. A Malagasy language, Kibushi, is spoken by approximately a third of the population of Mayotte.